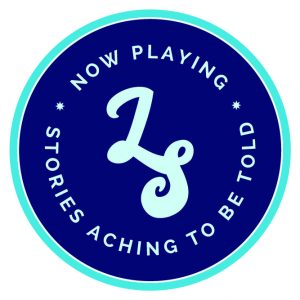 Welcome to the 2019 Lonely Seal Film, Screenplay and Music Festival Screenplay Finalists, which are proudly sponsored by Final Draft, 5A Studios, Lonely Seal Releasing, The Regent Theatre, Hourglass24  and PageCraft. This year we read 638 scripts in our three official categories; Feature Film, Script Accessible, and Short Film. Of the 65,395 pages we absorbed, these 7,893 pages made up our 77 screenplay finalists. That’s a 12% acceptance rate, so we are honored to call the writers on this list official finalists.

Leber-chromosome 17 by Shirvine Didandeh
Yaghma, a 26-year-old woman afflicted with Leber, a Heredity optical disease, has an online marriage, but fails to tell her husband she’s going blind day by day.

For Nerivia by Christine Celozzi
A young girl fantasizes about an imaginary world in order to escape her personal problems at home.

Agwajiing the Sanatorium by Michael O’Rourke. Story by Winona LaDuke
Based on historical events, “Agwajiing” is a short script about young Ojibwe sisters, who have been removed from their reservation to undergo open-air therapy for tuberculosis at a Minnesota sanitarium during the harsh winter of 1920. When one of them dies in bed of exposure to extreme cold, the survivor must perform traditional rituals to ensure her sister’s soul reaches the Northern Lights.

Love by Alpha Blair
When human spirits touch…and soar… An aging homeless woman and a young, bullied boy cross paths for only a moment, but impact each other forever with a simple act of kindness.

YAYA by Sara Caldwell
Yaya is easily confused when her relatives pick her up from an activities center.

Grace by Alex Homes
A teenage girl living in an extreme Christian sect is driven into psychological turmoil by her Elders when she strikes up an innocent relationship with a boy.

Black Canvas by Kaye Tuckerman
Black Canvas was inspired by the screenwriter’s love of Contemporary Art, Basquiat, Artists who keep our world alive, and the severe under representation on female artists in major galleries, and further the near non-existent representation of works by women of color.

Match Boy by Kaye Tuckerman
A small African American boy takes to the winter streets to sell matches in an effort to save his father from debt.

Scavengers by Shivang Mehta
A shadowy organization offers a man the ability to teleport in exchange for covering up his crime.

I’m Not Going to Hurt You by Catalina and Mike Gonzales
A bum witnesses an abusive relationship between a couple and intervenes, later becoming obsessed with the woman after finding a purse with her I.D. card in it.

#Apocalypse by Laure Dumayet
At the G20 international summit, terrifying images on Twitter create a global panic. Here is a version 3.0 of the apocalypse.

George and Dororthy by John T. Frederick
Two old folks discuss life and beyond in the garden of an elder care facility.

Leaving Malcolm by Annamarie Bettica
A man who struggles to be the father he never thought he had. It will take his son’s genuine heart and the wisdom of an unlikely friend to show him the way.