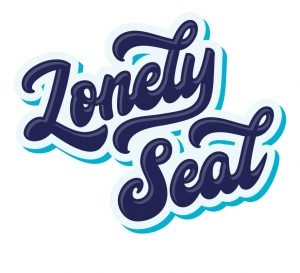 The Lonely Seal International Film, Screenplay, and Music Festival, sponsored by Final Draft and Designware, returns to the historic Regent Theatre in Arlington, MA, from October 6-10. This year’s gems include “Kiss The Ground,” a pro-Earth documentary by Josh and Rebecca Tickell, and hosted by Woody Harrelson, “Yes I Am: The Ric Weiland Story,” by Aaron Bear, about one of the first employees at Microsoft who became an “out and proud” leader of Gay Rights in the 1970s, “The Game Is Up,” Disillusioned Trump Voters Tell Their Stories, by Mary Jo Peltier, “Extra Innings,” a Boston Red Sox centric film starring T.J. Thyne and directed by John Gray, and Songbirds by Dagan W. Beckett, which shows the closing of a museum that holds the world’s most extraordinary collection of rare guitars.

The Opening Night Showcase features Alternate Ground by Daniel Groom, a Boston-made supernatural feature film. Thursday, October 7, and Friday, October 8 showcase a 4:00-6:00 PM “Lonely Seal Happy Hour” which showcase award-winning films including “Extra Innings,” by John Gray, The Plumber, by Cate Carson, and “Voices,” by Jake Hart, a former member of The Blue Man Group. There will also be live performances by Michele Rose, one of our song finalists Friday’s Happy Hour.

Saturday, October 9,  features a 10:00 AM Seminar on Screenwriting, a 3:00 PM Seminar on Filmmaker Career Strategies, and wonderful films and songs throughout the day. Saturday afternoon also highlights an LGBTQIA showcase, and Saturday evening welcomes the World Premiere of the “New England Ska Summit,” followed by a concert.

Sunday, October 10, features a 9 AM Breakfast, accompanied by “One All The Way,” a short documentary by David, about the search for America’s best hot dog. Our Awards Ceremony is at 7:00 PM.

Screenplay finalists include “ABCD” by Laurie Lamson, “One Foot Over the Edge” by Katelyn Wells, “A Man Called White” by Randy Hines, “Goodbye, Kid. Hurry Back,” by Terri Kauffman, and “Bright and Beautiful” by Zachary Smolar. The Awards Ceremony is on Sunday evening, October 10th. As always, our Festival supports Women Filmmakers, our LBGTQIA community, and Minority and Disabled Filmmakers.

The Lonely Seal Story dates back nearly 47 years, so we have deep roots, even though our festival branches are only four years old.

“We’re thrilled to be back at the Regent because it’s an oasis of independent expression, nestled in a 105-year-old classic cinema house,” festival founder Hammad Zaidi said.

Tickets and Festival Passes are available at the Regent Theatre Box Office and on FilmFreeway.